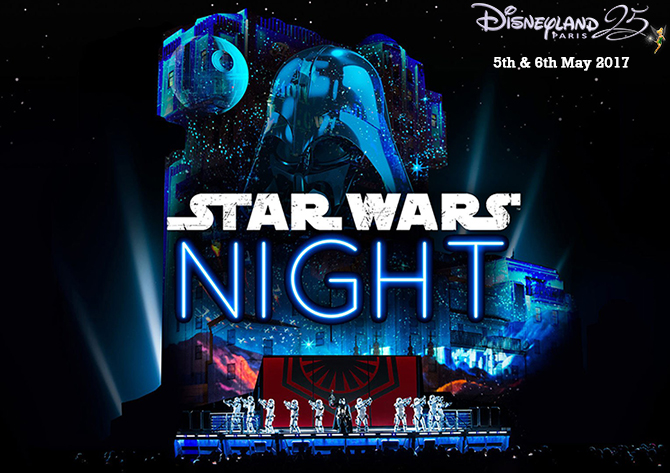 For two nights only, iconic sights and sounds will leave space explorers of all sizes revelling in the astronomical atmosphere, where stormtroopers patrol the streets and Star Wars Characters seek out a rendezvous with you

Two new Star Wars Nights are coming to Disneyland Paris on 5th and 6th May 2017, including special Stars Wars entertainment at Walt Disney Studios Park and an exclusive chance to ride Star Wars Hyperspace Mountain for the first time.

*Note: if you don’t want to avail of the exclusive preview of Star Wars Hyperspace Mountain tickets cost €49